Eric has the unique ability to connect with athletes of all ages and abilities. 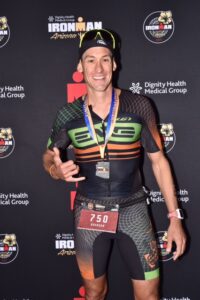 Simply said you’ll never regret selecting coach Eric as your sports coach. I started triathlon 8 years ago, for fun. My whole community and wife all enjoyed it and because I can’t do anything half ass, I dove in! I worked hard but on my own knowledge. I quickly found that endless hours of training  wasn’t helping me improve. I was lacking structure and accountability.

Thankfully, I was referred to coach Eric , and it was the best decision. He has supported me through 15 Ironman 70.3 races and my first full Ironman distance race in November of 2019, achieving a sub 11 hour time.After establishing my baseline , he progressively pushed me to achieve my personal best, over and over again he took me from a 6hr 15min 70.3 finish to now a consistent sub 5 hour time. He has prepared me for races in Canada, New Zealand and throughout the United States, helping me to train based on altitude, landscape and course. I have proudly stood on podiums that I never thought were possible when I started. His passion for his athletes, and genuine care of my success is something I’ll forever be grateful for. His mentorship goes beyond numbers and metrics. Simply said, you’ll never regret selecting coach Eric. 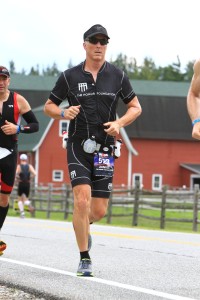 I have been competing in triathlons for over ten years and had completed 11 Ironmans going into 2014.   I knew that what I did was working on one level yet knew I could achieve a better Ironman finish.   I was hesitant about hiring a coach until I spoke with Eric.  He listened and worked to understand where I was at and as importantly what I wanted to achieve.   He designed a plan that worked for my busy schedule and my athletic ability.  I finished Ironman Lake Placid in 2014 with my best race ever and did it without injury.   That is the reason I am back working with him again for my next big race.

Over a decade ago, I was a self-coached marathon runner reading books and articles who after training for years gradually improved my racing times.   Then, after starting my own business, I stopped running.  I gradually gained weight and became out-of-shape.  A year and a half ago, I decided that I wanted to be healthier.  I considered signing up for another marathon, but I had no motivation to train as I had finished marathons before.  Then I thought about completing an Ironman.  Could I do it?  An Ironman would be challenging both physically and mentally.  But this time, instead of spending years reading books and articles as a self-coached athlete, I decided to hire a coach to speed up the improvement.  I learned about Train Smart, Race Fast and spoke with Eric (free-consultation).  He asked me questions about my goals, recent racing experiences, and expectations and then listening to my answers.  I liked that he was willing to spend his time listening to my objectives—not trying to force his objectives on me.  After signing up for his coaching services, Eric designed a personalized training program starting with some assessments of my biking power, run speed, and overall endurance.  This was an eye opener to me to come to terms with where I actually was physically.  Based on the results, we were able to set some realistic expectations for my upcoming season based on my ability and time to train.  He understood that I didn’t have unlimited time to train for my hobby.  I am confident that if I were self-coached, I would eventually finish an Ironman race in 11 hours.  But I am just as confidant that it would have taken me many years and not been accomplished in just 9 ½ months.  Thank you, Eric.  I look forward to continue working together and see how much my times and fitness improves!

“Eric has the unique ability to connect with athletes of all ages and abilities”.

“He designs training plans built around the athletes lifestyle creating the best opportunity for success”.

“His experience in the field enables him to offer unique perspectives, and to fine tune his training techniques to match each individual’s training needs”.

E-mail – coacheric8@gmail.com to see how I can help you reach your goals!

There are no upcoming events.